Home » What Is Test Automation Framework?

What Is Test Automation Framework? 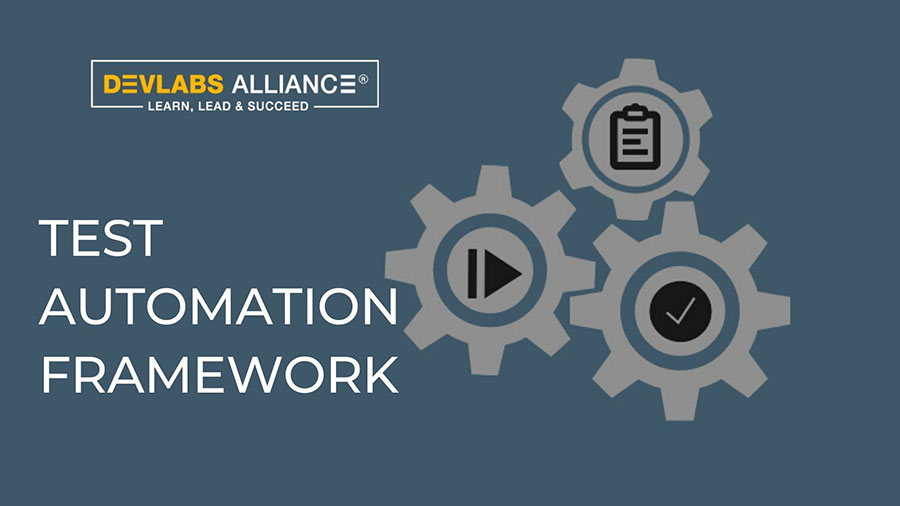 All software must be tested before it is made available to users. Software testing is integral to the development cycle because it ensures that users receive high-quality deliverables. As a result, every company focuses on testing, and most prefer automation testing to manual testing. This is because the testing team generates various test cases and manually tests every feature during the manual testing process. If a defect is discovered, it is reported to the developers so that the errors can be corrected. The process is repeated until a defect-free product is obtained.

What is a Test Automation Framework?

The Automation Framework is not a single tool or process but rather a set of tools and techniques that work together to support automated testing of any application. It combines various functions such as libraries, test data, and reusable modules. A test automation framework is a cluster of guidelines for developing and designing test cases. It is a conceptual aspect of automated testing that assists testers in better resource use.

Why is Test Automation Framework Used?

Using a framework for automated testing is critical because it explicitly improves the efficiency and test speed of the automation testing team. This automation testing framework also helps to enhance test accuracy while drastically lowering test maintenance costs and risks. Test automation has become an essential component of today’s agile and DevOps practices due to the numerous benefits of automation frameworks.

The following are the benefits of using test automation frameworks:

Because these frameworks include the necessary coding data for the automation test to succeed, the valuable data is saved for future use and can be reused at any time. There is no need to enter or rearrange codes manually. Other automation framework tests can also be run using the code. The scripts that have been created can also be kept.

Even the most qualified quality assurance engineers can make mistakes when manually testing. However, test results are more consistent and accurate when they are automated. These accurate results relieve a lot of stress from the QA team and boost morale in the development team.

Developing test cases is relatively inexpensive because the frameworks already have established rules. Furthermore, because these codes can be reused multiple times, the cost and time of developing new test cases are reduced.

Because of standardization, test automation frameworks boost productivity. In addition, it ensures maximum test coverage because the set of codes in a framework is executed consistently from the start.

A series of tests must be performed before a successful outcome is obtained when testing an automation framework. In such cases, you may need to change the test data to reach a different conclusion. The Data-Driven Testing Framework allows storing test data on an external drive, which can later be accessed to add a new script to a test case.

It is based primarily on the concept of abstraction.
The creation of independent scripts represents the separation of the application’s modules under test into separate units, functions, and sections. It can allow you to change the script only for a specific module. Other modules are not affected by the changes. In addition, it takes less time to create test cases because they can be reused for other modules.

The behavior-driven development framework aims to create a platform that allows everyone to participate actively, such as developers, testers, business analysts, etc.

It also improves collaboration between your project’s testers and developers. You can create test specifications for behavior-driven testing using non-technical, natural language.

Table-driven testing is also known as the Keyword-Driven Testing framework. This framework is only appropriate for small projects or applications. The automation test scripts are based on the keywords specified in the project’s excel sheet. The code is reusable because a single keyword can be used in multiple test scripts.

It serves as a framework for recording and playback.
The script developer is not required to write the code for functions and methods in sequential order. Instead, it logs the navigation process and runs the script to test the functionality. The automation scripting is done incrementally, with each new interaction added to the automation tests.

The Test Automation Framework is a popular tool in organizations for testing applications written in various programming languages and platforms. The testing framework reduces the effort and time required to test the application regularly. Certain factors, such as application independence, team expertise, and project requirements, must be considered when choosing a test automation framework. In addition, one must choose based on the needs and the client’s budget. Some are open source, while others are licensed. It is challenging to decide which framework should be used to develop test scripts and spend less time and effort testing applications. However, it promotes learning, is superior to manual testing, and relieves testers of tedious and monotonous tasks. Therefore, it is always preferable to test applications using a Test automation framework.