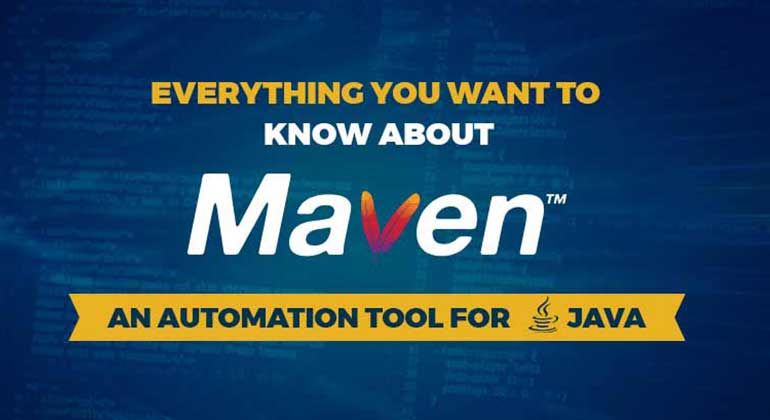 Maven is a build automation or a project management and comprehension tool. It is used by a developer to compile application. It provides a complete build lifecycle framework to the developers.

It is an automated build tool and the development team can easily automate the project’s build infrastructure in almost no time as Maven uses a standard directory layout and a default build lifecycle.

Maven is generally used for various purposes such as documentation, project development, reporting and releases.

POM stands for Project Object Model. It is the basic unit of work in Maven. It is an XML file that always resides in the base directory of the project as “pom.xml”.

It contains the information about the project and various configuration details that are being used by Maven to build the project, such as Project dependencies, plugins, goals, build profiles, Project version, developers, etc.

3. What are the differences between ANT and Maven?

4. What is the difference between Quality Assurance and Quality Control?

Maven repository is a place or directory where all the project jars, library jars plugins and any other project dependencies or project specific artifacts are stored and that can be easily used by Maven.

It works as a whole library of files that can be easily accessible and can be easily located in our system without any issue and then it can be used by Maven.

5. How many repositories are there in Maven?

There are three types of repositories in Maven. These are as follows:

Local Repository: It is located in our local system. It is created when we run any Maven commands for the first time. In Maven Local Repository we can find all our project’s dependencies like library jars, plugin jars, etc.

6. What is Maven Dependency Search sequence?

When Maven build command is executed, it starts looking for libraries dependency in the following sequence:

Step 1: It search the dependency in Local Repository. If dependency is found, it performs the further processing else it moves to next step.

Step 3: If a remote repository is not mentioned, then Maven stops processing and throws the error that it is unable to find dependency.

7. What are the dependency scope in Maven?

Dependency Scope usually includes all the dependencies as per the current stage of the build.
The various dependency scope used in maven are as follows:

1. Compile: This is the default scope of Maven and it indicates which dependency is available in the classpath of the project.

2. Runtime: This dependency indicates that dependency is not needed for compilation but it is required during execution.

3. Provided: It indicates that dependency is provided by JDK or container or web server at run-time.

4. System: This indicates that we have to provide the system path.

5. Test: It indicates that dependency is available only for the test compilation and execution.

6. Import: It indicates that the specified POM should be replaced with the dependencies in that POM’s section.

8. What is Maven artifact?

Maven artifact is a file, basically a JAR file, that gets deployed to a Maven repository. One or more artifacts, such as a compiled JAR and a sources JAR are being produced by a Maven build.

Each artifact has a group id (generally a reversed domain name), an artifact id (it’s just a name) and a version string. The combination of these three uniquely identifies the artifact. The project’s dependencies are being specified as artifacts.

9. What is Maven Build Lifecycle?

A build lifecycle is defined as a well defined sequences of phases that defines the order in which the goals needs to be executed. Each phase represents a stage in the life cycle.

10. What are the built-in Build Lifecycles in Maven?

Following are the built-in build lifecycles in Maven:

Default: this phase handles the complete build and deployment of the project.

Clean: this phase handles the cleaning of the project. It cleans up all the artifacts created by prior builds.

Site: this phase handles the generation of project site documentation.

11. Why Maven plugins are used?

12. What are the types of Maven Plugins?

There are 2 types of Maven Plugins:

Build Plugins: Build Plugins are executed during the build and are configured in the element of pom.xml

Reporting Plugins: Reporting plugins are executed during the site generation and they are configured in the element of the pom.xml

13. What are the aspects that Maven manages?

The various aspects that are being provided by Maven to developers to manage following:

14. Explain the different phases of a Maven Build Lifecycle

The different phases of a Maven Build Lifecycle are:

Validate: It validates the project and verify that everything is correct and all necessary information is available.

Compile: It is used to compile the source code of the project.

Test: This phase tests the compiled source code using a suitable unit testing framework. These tests do not require the code to be packaged or deployed.

Package: In this phase, compiled code is taken and packaged it in its distributable format, such as a JAR.

Integration-test: This phase process and deploy the package in an environment, if necessary, where integration tests can be run.

Verify: In this phase, it runs any checks to verify that package is valid and meeting quality criteria.

Install: This phase installs the package into the local repository. This is used as a dependency in other projects locally.

Deploy: This is done in an integration or release environment. It copies the final package to remote repository and is then shared with other developers and projects.

15. What is Build Profile in Maven?

A Build Profile is defined as a set of configuration values, that can be used to set or override default values of Maven build. We can customize build for different environments such as Production vs Development environments using Build profile.

Profiles are being specified in pom.xml using its active profile elements and are triggered in various ways. They are used to modify the POM at build time and are used to give parameters to different target environments.

For eg.: The path of the database server is provided for development, testing and production environments.

16. What are the different types of Build Profiles?

There are majorly three types of Build Profiles:

Per Project: It is defined in the project POM file, i.e. pom.xml

Per user: It is defined in the Maven setting xml file (%USER_HOME%/.m2/settings.xml)

17. How can we activate profiles in Maven?

We can activate Maven Build Profiles in following ways:

18. What is Snapshot in Maven?

Snapshot is defined as a special version that indicates a current development copy. Unlike regular versions, Maven always checks for a new SNAPSHOT version for every build in the remote repository.

19. Mention the steps for installing Maven on Windows

20. What is the command that is used to check the version of Maven?

Maven version can be checked by using the below command: