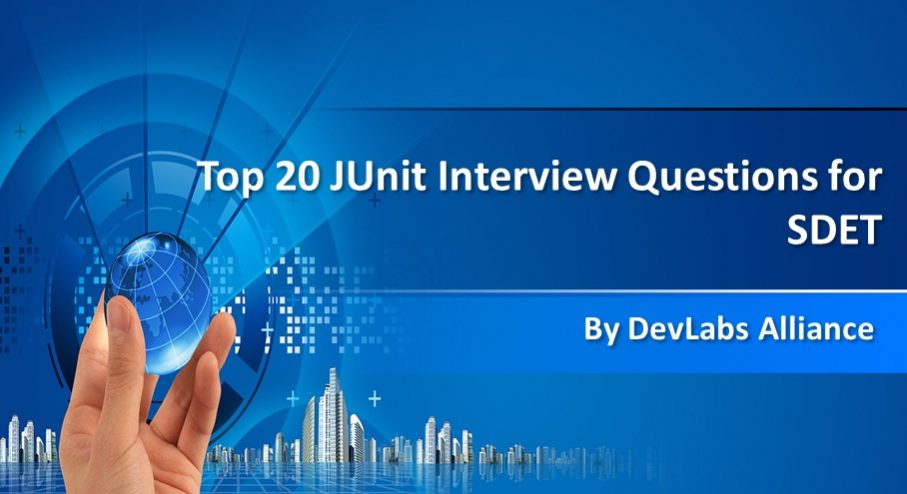 JUnit is a regression testing framework which is used for performing Unit Testing of Java code.

It is an open-source software managed by JUnit.org community.

2. What are the important features of JUnit?

The important features of JUnit are:

3. What are the core features of JUnit?

JUnit classes are important classes that are used in writing and testing JUnit programs.

Some of the important JUnit classes are:

5. What is a Fixture in JUnit?

A test fixture in JUnit is defined as a fixed state of some set of objects which are used as a baseline for running tests.

The main objective of a test fixture is to ensure that there is some known and fixed environment in which tests are run so that results are repeatable.

It basically includes the following methods:

6. What are JUnit annotations and how are they useful in JUnit?

JUnit annotations are like meta-tags that can be added to our code and we can apply them to methods or in class.

7. What are the important JUnit annotations?

The important JUnit annotations are as follows:

8. What is @ignore annotation in JUnit and how is this useful?

@Ignore annotation is used to ignore that particular tests or group of tests so that build failure can be skipped.

@Ignore annotation is very useful when there are cases when we can’t fix a code that is failing but still, we want that method to be around so that it does not get forgotten and we can fix them later.

Also, it is very easy to identify all @Ignore annotation rather than finding the comment out test cases.

9. What are ParameterizAd tests in JUnit and what are the annotations used for this?

Parameterized Tests allow developers to pass parameters into their test classes and hence allowing him to run the same test, again and again, using different values.

Annotations used for Parameterization are

10. Can we change the return type of JUnit test method from void to some other type?

If we change the return type from void to some other type, then the test method would not be considered as a test method and would be ignored during the execution of tests.

11. Name the tools with which JUnit can be easily integrated.

JUnit can be easily integrated with the following tools:

Following are some of the JUnit extensions:

13. What are Cactus extensions and what are its common components?

Cactus is a testing framework that is used for unit testing server-side java code such as Servlets, EJBs and Tag Libs.

The intent of Cactus is to minimize the cost of writing tests for server-side code. It uses JUnit internally and extend it. Cactus implements an in-container strategy which means that the all the tests are executed inside the container.

The components of cactus are:

14. What is JWebUnit and what are its advantages?

The various advantages of JWebUnit are as follows:

15. What is XMLUnit and what is the use of supporting classes in XMLUnit?

XMLUnit is used for providing a single JUnit extension class, XMLTestCase and a set of supporting classes.

Supporting classes in XMLUnit allow assertions to be made about:

16. Why does JUnit only report the first failure in a single test?

Reporting multiple failures in a single test implies that the test is doing too much and it is too big a unit test.

So, JUnit is designed in such a way that it works best with a number of small tests.

It executes each test within a separate instance of test class and reports failure on each test.

17. How can we run JUnit from the command window?

To run JUnit from the command window, we have to follow the following steps:

The different methods of Exception handling in JUnit are as follows:

The various best practices to be followed while writing a unit test in JUnit are as follows:

20. Mention the differences between JUnit and TestNG.