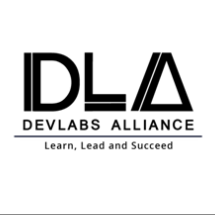 Manual tests are repeated often during development cycles for source code changes and other situations like multiple operating environments and hardware configurations. An automated testing tool is able to playback pre-recorded and predefined actions, compare the results to the expected behaviour and report the success or failure of these manual tests to a test engineer. Once automated tests are created they can easily be repeated and they can be extended to perform tasks impossible with manual testing.

Python is an easy to learn, high-level, interactive, interpreted and object-oriented scripting language. It is designed in such a way that it is highly readable. It’s elegant syntax and dynamic typing, and together with its interpreted nature makes it an ideal language for scripting and application development in many platforms.

Certified SDET Professional – Python training program by DevLabs Alliance helps quality specialists who are occupied with the responsibility of doing tasks that need to be automated. Various tasks like searching a web page or assessing the quality of a product can be easily automated using the Selenium in conjunction with the Python language.

This is a comprehensive online course consists of 50 hours where our experienced trainers will teach you all topics of Python programming like installation, operators, control statements, Strings, Tuples, Lists, Dictionary, Functions, etc. and then installation and setup of Selenium with Python, Types of Locators,  Automation of Web Elements, Waits, Reporting and much. You will learn all these concepts with hands on experience in one of Live Project.

To unlock DevLabs Alliance’s certification, you have to complete and submit the use case assignments provided during the course, then assignments submitted by you will be evaluated by a team of Python with Selenium experts and practitioners. Your result will be shared after assessment and certification will be awarded accordingly.

Why you should take this course from DevLabs Alliance

Python is an easy to learn, high-level, interactive, interpreted and object-oriented scripting language. It is designed in such a way that it is highly readable. It’s elegant syntax and dynamic typing, and together with its interpreted nature makes it an ideal language for scripting and application development in many platforms. The Python interpreter can be easily extended with various new functions and different data types that are implemented in C or C++ or any other language that is callable from C. Python is also suitable as an extension language for many customizable applications.

Yes, Python is a good language to start with. It is quiet common with students to start with a procedural language such as C, Pascal, Java, etc. Students may be better served if they start with Python as their first language. Python has a very simple and consistent syntax and also a large standard library. Using Python in a beginning programming course will let students concentrate on important programming skills such as problem decomposition and data type design. Students can be quickly introduced to basic concepts such as loops and procedures with Python.

What is the use of Automation Testing?

Test Automation software is the best way to increase the effectiveness, efficiency and coverage of your software testing. Automated software testing has long been considered critical for big software development organizations but is often thought to be too expensive or difficult for smaller companies to implement. Here are some of the benefits which tells why to implement automation testing:

Why Selenium is better than the other testing tools?

In Selenium, record and playback web form application is very small to use in terms of resource usage whereas other testing tools use maximum resources and kind of bulky for one simple form. Selenium IDE focuses on Developers with exporting different programming languages and cross browser testing. The below in-detailed features of Selenium justifies that Selenium is better than the other testing tools:

What are the modes of training you provide?

Why is it important to become a Certified SDET Foundation - Python Professional?

Certified SDET Foundation - Python Certification helps companies to assess the trainees for development of web applications using Python. This certification validates the trainee’s key aspects of Selenium and Python such as recording, editing and debugging tests in conjunction with Python.

What are benefits of taking Online training as compared to Classroom training?

Some of the major benefits are:
Interactive – Two-way voice over internet and web-conferencing tool. This tool enables participants to ask questions and collaborate with each other in an online virtual space and enables the online trainer to answer questions, take simulations, and receive answers instantaneously. Every trainee can view the trainers desktop and vice versa.

Cost Savings and Convenience – Courses can be completed from home, the office, or wherever the Internet is accessible. There is no need to travel to a specific location to attend a training program. Less overhead cost for the company and the savings is passed on to the trainees. Shorter course schedules mean that projects don’t have to be put on hold while participants train (for corporations).

Never Miss a Session – With online training, you can receive archived video recorded sessions to all enrolees and the streaming video recording links are posted on the training blog after each session. Participants may view these sessions to review sessions post-class or make up a missed class as needed. Accesses to Video Recordings are available after the training end thus making it easy for you to review after training ends. Location Independent – You may join for an online instructor-led course from any part of the world without having to travel. Trainees can attend from USA, Canada, New Zealand, UK, Australia, India and many other countries around the world.

Who are the Instructors and what are their qualifications?

All Instructors of DevLabs Alliance are automation practioners & are working professionals from leading organizations who have minimum of 8 years of real-time consulting experience working on live projects and excellent subject knowledge.

What if I missed one of my session of this course?

You can go through the recorded sessions as per your convenience and in case if you have any open questions around the same topics then we can arrange some extra time so that you can align yourself with the ongoing class.

You will be eligible for an eighty percent refund until one week before commencement of a course.

What will I get after each session?

By the end of each session you will get a recording of each class. You can access these recordings any time, distribution of these recordings without DevLabsAlliance permission is not allowed. Assignments will also be provided as per planned syllabus.

What if I will not be able to attend the training?

You can choose any upcoming training and we can accommodate you in that.

Is my certificate valid for one year?

No, your Certified SDET Foundation - Python Certificate will be valid for life time.
Request a Batch

Be the first to add a review.