Home » CICD And Its Best Practices

CICD And Its Best Practices 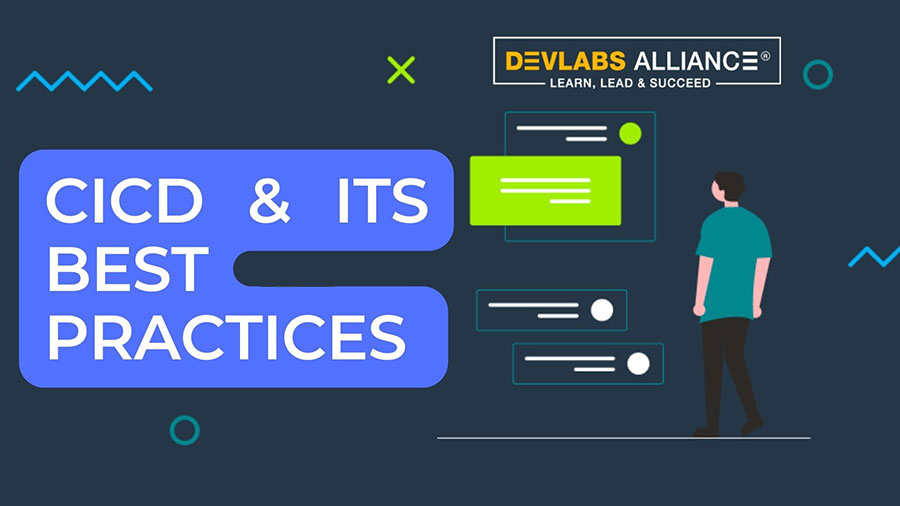 The DevOps movement gave birth to software development approaches such as continuous integration, delivery, and deployment. They speed up the process of developing, testing, and distributing software by reducing the time it takes to get working software into the hands of users. A CI/CD pipeline allows teams to rapidly deploy working software when done correctly while also receiving quick feedback on their most recent modifications.

Any successful DevOps methodology relies on continuous integration and delivery (CI/CD). CI/CD best practices must be followed by teams who aspire to accomplish modern software development.

What does CI/CD stand for?

It’s a technological process, a mindset, and a sequence of actions. CI/CD encompasses all of these aspects. Continuous Integration (CI) allows DevOps teams to automate code development.

With automated testing and deployment, continuous delivery takes over where continuous integration leaves off. As a result, CD allows teams to substantially minimize the number of tools required to manage the lifecycle, but it also allows them to spend less “hands-on” time on delivery and deployment.

What does CI/CD stand for?

It’s a technological process, a mindset, and a sequence of actions. CI/CD encompasses all of these aspects. Continuous Integration (CI) allows DevOps teams to automate code development.

With automated testing and deployment, continuous delivery takes over where continuous integration leaves off. As a result, CD allows teams to substantially minimize the number of tools required to manage the lifecycle, but it also allows them to spend less “hands-on” time on delivery and deployment.

DevOps CI/CD best practices improve the efficiency and speed of building, testing, and releasing software. Because DevOps CI/CD services necessitate sending and receiving quick feedback on the most recent modifications, it pays to study your feedback data to improve your process.

1. The only option is to use a CI/CD pipeline

Nothing should jeopardize a fast, reliable, and secure CI/CD pipeline once it’s been constructed. Typically, a request for a shortcut is made when only small changes are required or when time is of the essence.

Both explanations may appear true, yet they are insufficient to dilute the procedure. Skipping any automated testing stages might result in avoidable difficulties, making recreating and troubleshooting issues much more difficult because the build is not readily available for deployment to a testing environment. To get stakeholders on board, it’s essential to highlight the CI/CD benefits.

Before implementing continuous integration, you must first guarantee that your source code, configuration files, scripts, libraries, and executables are all in source control. Because contributors exchange tiny updates regularly, continuous integration makes integrating changes from various contributors simple. Each one starts a series of automated tests to provide you with immediate feedback on the change. As a result, committing frequently enhances teamwork and lowers merge conflicts when integrating more complex modifications.

It may be easier to embrace this technique if you work together to divide activities into smaller, defined parts.

3. Make it a collaborative effort

Building a successful CI/CD pipeline is as much about the culture of your team and company as it is about the processes and tools you employ. DevOps practices include continuous integration, delivery, and deployment.

They focus on breaking down conventional silos between developers, testers, and operations and encouraging cross-disciplinary collaboration.

Each stage does not necessitate a new build. Rebuilding software for multiple conditions can cause inconsistencies, causing you to distrust the results of previous tests. Instead, the same build artifact should be promoted via each CI/CD pipeline stage. As a result, the design must be environment-agnostic. Rather than being incorporated into the build itself, variables, configuration files, authentication parameters, configuration files, or scripts must be invoked by the deployment script.

The same build can be deployed to each environment for testing. It boosts team members’ confidence in each artifact.

You’re probably already monitoring the production environment for early danger signals as part of setting up your CI/CD pipeline. As a result, a feedback loop will benefit your CI/CD workflow. You may look at the metrics collected by your CI/CD tool and see where you can improve. When you analyze the number of builds triggered per week, day, or hour, you can see how your pipeline infrastructure is used, whether it needs to be scaled up or down, and whether performance optimizations are needed. Statistics collected from automated tests aid in identifying locations where parallelization may be beneficial.

Test results should be reviewed regularly to assist in streamlining test coverage.

It’s essentially taking the effort to clean up your pre-production settings between deployments if you want to get the most out of your testing process. It’s challenging to keep track of all the configuration changes and upgrades that have been performed to each environment when they’ve been running for a long time. In addition, environments diverge from the original setup over time; thus, tests that pass or fail in one may not return the same result in another.
Static environments have a maintenance cost, which can slow down testing and cause the release process to be delayed.

It’s simple to spin up and break down environments for each new test by using containers to host and perform tests.

Breaking down silos allows teams to understand the end-to-end process better and cooperate and benefit from different areas of knowledge. It should never be the responsibility of a single person to maintain the pipeline. Instead, you can encourage everyone on your team to contribute by fostering a sense of shared ownership for delivering your software – whether it’s jumping in to fix the build, spending the time to containerize environments, or anything else.

Nobody in management ever tells you that you’re going to fail.

It appears counterintuitive given that failure is often disastrous to a business. However, when every other team is evaluating their effectiveness based on their successes, the last thing you want to do is encourage your team to fail.

Surprisingly, that is precisely what a DevOps culture requires, and the faster you fail, the quicker you achieve success.

DevOps is a method of working that involves people, technologies, and processes to meet, if not exceed, client expectations. Teams in the DevOps lifecycle focus on delivering value in a safe, rapid, and repeatable manner, helped by best practices in Continuous Integration and Continuous Delivery (CI/CD). This process aids enterprise cross-functional teams by automating, governing, and securing the whole software delivery process. By bringing automation, governance, longevity, and security to the software delivery process, Continuous Integration and Continuous Delivery (CI/CD) assists cross-functional teams with their tasks. Adopting best practices of any kind is to meet the enterprise’s goals as efficiently and effectively as possible.

Explore more on Selenium:
What Is Parallel Testing In Selenium?
How to Handle Alerts and Pop-ups in Selenium?