An API or Application programming interface is defined as a collection of software functions and procedures that is used to access or execute other software applications. API testing is a software testing type that ensures if the developed APIs are executing correctly and meeting the expectations regarding its functionality, reliability, performance, and security of the application.
With a digital transformations, the demand for API testing is increasing with a greater level of Automation. Hence, testers/QA Engineers/SDET needs to equip themselves with intelligent and easy-to-use automation tools to test APIs that can help reduce the manual efforts to test these APIs and improve testing effectiveness and productivity.

Below are the top tools that can be used to test APIs: 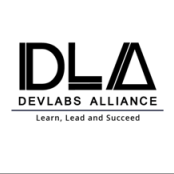 DevLabs Alliance is an emerging Information technology consulting and training company headquartered in Gurgaon. We conduct career transformation workshops & training in Artificial Intelligence, Machine Learning, Deep Learning, Agile, DevOps, Big Data, BlockChain, Software Test Automation, Robotics Process Automation, and other cutting edge technologies.We have a rich pool of like-minded trainers cum consultants who are having diversified experience in their respective technology stack and is in process of continuously growing this pool.We partner with individuals, IT prospects and companies and provides customized training, consultancy, and workshops as per their training & business needs.We have a presence across four continents (Asia, Canada, USA & Europe) and driving our mission in association with our channel partners. We are highly committed to building Next-Gen Engineers by offering Capstone and placement internship programs to IT aspirants.We have delivered 7500+ hours of training, college & corporate workshops & webinars to 3100+ happy professionals, 17+ corporate clients, and 3 esteemed universities.