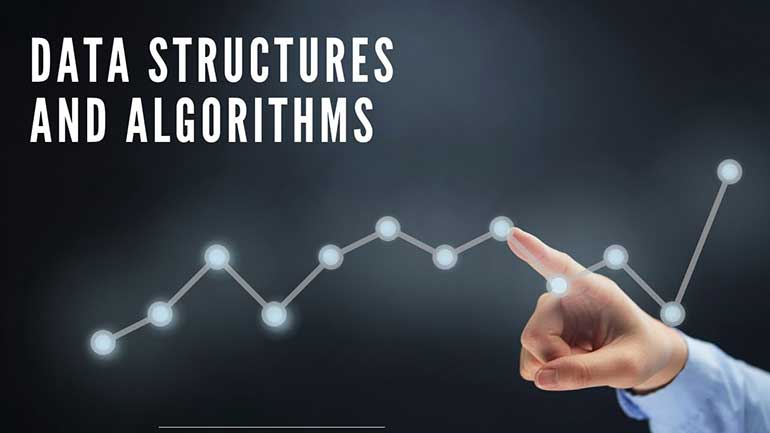 1. What is the Data Structure?

Data Structure is the method of arranging data in such a way that it can be used to perform common and most frequent operations effectively and efficiently. It represents a logical relationship between data and its function.

Data Structures is about creating data elements in terms of some relationship, for organizing and storing them in a better way.

A Linked list is a linear data structure, which contains two parts. First is data part, which is used to information of the element in the list. Other one is link, which contains the pointer to next node or previous node or both, that holds the address of the node. Combination of these make a node.

A singly Linked list is a linear data structure, in which link only store reference to the next node. It can not point to the previous node. The last node always points to null. It’s size can be changed during the run time i.e dynamically. It is also known as one-way list.We cannot traverse in backwards direction.

A doubly Linked list is a linear data structure, in which link store reference to the next node as well as to the previous node.

A stack is a non primitive data type linear data structure ordered list, in which the addition of new data and deletion of data takes place from one end, known as top.

Elements can’t be deleted or inserted from the middle of the stack. Stacks follows Last in first out(LIFO) principle. The size of the stack can be static as well as of dynamic size depending on the need of the user.

7. What is Binary Search?

Binary search is an efficient algorithm for finding an element from a sorted list of array. It works by repeatedly dividing the list in half portion so it that could contain the item or element, until we have narrowed down the possible locations to just one element and at that location we will find our required element in the list.

Binary search is also known as half-interval search, and runs in logarithmic time and in worst case it takes O(log n) comparisons, where n is the number of element.

8. Which sorting algorithm is considered the fastest?

There are so many sorting algorithms such as quick sort, bubble sort, balloon sort, radix sort, merge sort, etc.

But none of them can be considered as the fastest because each algorithm is designed for a particular data structure and data set. It would depend on the data set that you would want to sort.

9. What are dynamic data structures?

Dynamic data structures are those structures that expand and contract as a program runs i.e their size is decided during the run time.

It provides a flexible way of manipulating data because it can adjust according to the size of the data. It enables the programmer to control exactly how much memory is utilized in the heap memory.

10. What Are The Advantages Of Linked List Over Array ?

The advantages of Linked List over array are as follows:

11. What Do You Mean By Overflow And Underflow?

When we want to insert the element/ data into the data structure but there is no available space available this situation is called overflow.

When we want to delete element/data from a data structure that is already empty this situation is called underflow.

When overflow or underflow condition happens, either the program will crash or the programming language will have its own way of handing things, i.e. by giving the exception in the program.

12. What Is The Data Structures Used To Perform Recursion?

Stack is used to perform recursion because of its LIFO (Last In First Out) property as it remembers its ‘caller’ so knows whom to return when the function has to return.

Recursion uses system stack for storing the return addresses of every function calls.

13. Why Do we use a Multidimensional Array?

Multidimensional arrays are used to store element in matrix form.

E.g: a railway timetable, we need to use a 3 dimensional array for storing height, width and length of each room on each floor of a building.

14. State The Difference Between Arrays And Linked Lists?

There are many different ways to implement sets. The simplest one, but in most cases it is least efficient, is to simply create a linear list containing each of the elements in the set.

Hashing is the technique of transforming a string of characters into a usually shorter fixed length value or key that represents the original string. The values are stored in a data structure called hash table. Hashing is used to index and retrieve items in a database because it is faster to find the element using the short hashed key than to find it using the original value.

Hashing allows to modify and retrieve any data/element in a constant time O(1).It is mostly used in the encryption and decryption of digital signatures.

A binary search tree is a special kind of binary tree, which is either empty or follows all the given conditions:

18. How to find middle element of linked list in one pass?

If we need to find the middle element of a linked list in one pass, we need to maintain two reference, one increment at each node at a time while other increments after two nodes at a time.

19. What are the advantages of the heap over a stack?

The advantage of heap memory over the stack are as follows:

20. What are the advantages of binary search over a linear search?