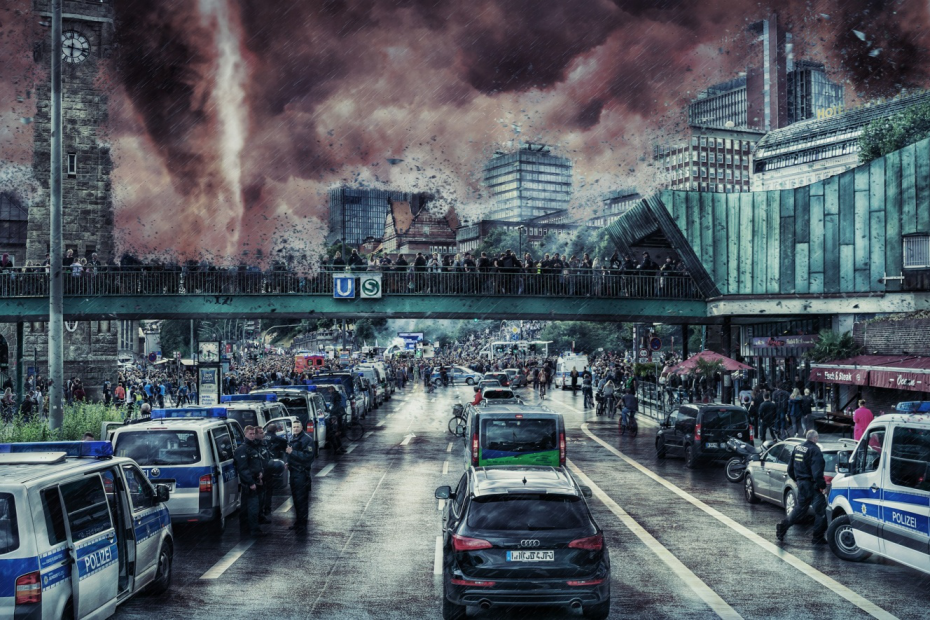 How can Process Automation help in mitigating risks during Natural Disasters?

The combined year of 2019-2020 has hit the world hard. The world lost as much as $232 billion due to natural disasters alone in 2019, with India leading in casualties with 1,750 deaths, said a recent report by AON. Unfortunately there might be more to come and we must be prepared.

Process Automation if explored and used in depth has wonders hidden under its seemingly simple appearance. From optimizing mundane tasks to even taking care of complex processes. Process Automation is revolutionizing the market! But imagine its use if we use it with something where the power of the human abilities is severely limited and often logic cannot predict the next thing and the damage goes beyond its extensive degree. That’s correct Natural Disasters!

No matter how advanced the human civilization evolves to be, we cannot prevent the occurrence of the Natural Disasters although we are the reason for them! But that is a discussion for another day.

Currently with the advancement of science our researchers and scientists can almost successfully predict most natural disasters before they appear and with our abilities we try to control the damage as much as possible. The loss of invaluable human life, crashing down of properties and infrastructures, loss of food and other resources are only some of the damages listed. But with the addition of Process Automation the prediction, immediate response criteria and damage control can reach new levels of efficiency saving lives and the prevent the need to build everything from scratch again.

In the present, thanks to our researchers and scientists there are tools and systems especially designed which can almost accurately predict these phenomenon of nature and gives us a heads up.

Amount of rainfall received based on real time data, the rate of change of river flow which indicate severity and immediacy of threat and many more such data recording helps in flood forecasting.

A volcano that is about to erupt may produce a sequence of earthquakes. Scientists use seismographs that record the length and strength of each earthquake to try to determine if an eruption is imminent

Meteorologists around the world use modern technology such as satellites, weather radars and computers etc. to track tropical cyclones as they develop.

Almost all the real time data recorded and the systems used for the predictions and calculations can be hitched to a carefully designed system of Process Automation, where the bots can successfully and accurately predict the occurrence, location and the level of the natural disaster.

The bots after being alerted of this will initiate a response sequence which would help in the prevention of damage by deploying the required help by evacuating areas, saving resources and preparing for medical and other operations.

The advantages of Process Automation are not limited to the pre-disaster phase. It extends beyond to the recovery phase.

The degree of loss is not limited to the physical infrastructure when a building is hit by a natural disaster such as earthquake, tornado or flood. Any paper-based working system would likely be lost, but even businesses that have made the switch to paperless would have problems. How long would it to take rebuild to what it is today? However Process Automation saves all this tiring and often traumatic procedures by simply doing what it’s designed to do. After being alerted of the upcoming calamity bots can commence their work to back up data, sending them to different servers where they can be easily accessible from different devices and location. If work areas are inaccessible in the days and weeks following the disaster, employees can still access them from any device that has an internet connection, whether they’re working from home or in a temporary work setup. We are already using the latter in the challenging times of the Covid-19

But most importantly, they can instigate the application of insurance operations by sending the essential documents and a detailed report of the occurred catastrophe of which the humans are often incapable of mentally and physically till they find their ground again.

Moreover, the bots will be aware of the disaster-hit locations and can send and receive responses from the people stuck there. They can also collect significant data of the losses that arise.

All of this extensive work and recovery can be done with a carefully designed system of Process Automation where algorithm if of the utmost importance and taking into account real time data and responses. If explored with the right mind frame and the right intention it would be a breakthrough for the human race saving countless lives and billions of dollars every year. Further we would be able to study our planet and its behavior and changes in depth and more precisely. This would compel us to take the right actions to make our home a better place.